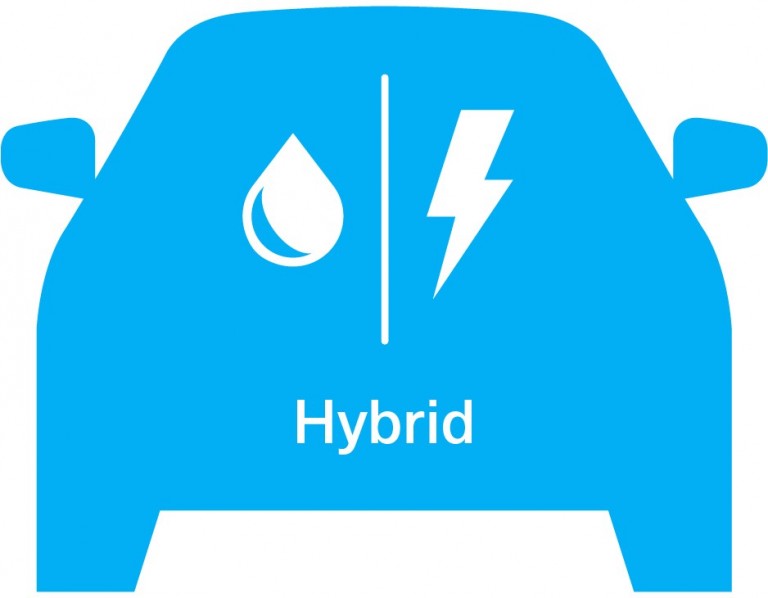 The Hybrid car is a combination of the internal combustion Petrol/Diesel engine and electrically generated power that propel the wheels. The car contains batteries for electric storage and almost all of the vehicles that are available in the Irish market are Petrol/Electric.

The electrical power is generated when the car is braking or when its over-running (free-wheeling). This power is used in addition to the Petrol Engine which predominantly runs the car. Electricity is never plugged into the hybrid car.

Hybrids are also categorized as either strong (conventional) or mild depending on the amount of battery power they have. Conventional hybrids, which are almost exclusively petrol/electric, can be driven for part of their journeys on the battery alone, while mild hybrids support the combustion engine. Conventional Hybrid vehicles have automatic transmission.

Typically, urban drivers benefit from using a conventional hybrid, as part of their commute will be at zero emissions. It can also be used for longer journeys as it is powered by a petrol engine. Conventional hybrid cars typically travel in zero-emissions electric mode at lower speeds (under 80 km/h), for short distances. For urban driving in traffic, the hybrid car can assist fuel consumption and reduce emissions (CO2 and NOx), although as the combustion engine is petrol they tend to be less fuel efficient than their diesel equivalent for motorway driving. Range anxiety isn’t an issue as there is no need plug in the battery to charge.

The car is automatic transition which is also useful in urban stop/start driving conditions. They are suited for urban driving but can also be used for motorway and long trips. However, the costs can increase with longer distances and continuous driving on motorways as the vehicle is seldom operating with electrical power.