71% of Women would recommend a career in the Motor Industry: Change in cultural perception of the automotive industry overall, flexible working environment and opportunities still needed!

A new survey carried out by the Society of the Irish Motor Industry (SIMI) found that 71% of respondents would recommend a career in the Industry to others.

The survey of 140 women from across the industry was carried out as part of SIMI’s on-going drive to encourage more women to join what has traditionally been viewed as a male-dominated sector and coincided with the 7th Annual Women@SIMI event in conjunction with its sponsor Bank of Ireland. The event, which took place recently at the Gibson Hotel, Dublin, featured an impressive panel of guest speakers: Anne Cassin, Master of Ceremonies, Lucy Gaffney, current Director of Digicel Group and Sharon Keegan, founder of female-led athleisure wear company Peachy Lean.

The survey found a positive outcome to change within the Industry, where 67% of respondents believe that women have become more visible in the industry in recent years, while 67% of respondents also said that their companies had increased the number of new female employees recruited over the last 3 years.

However, some notable statistics emerged, showing over half of survey respondents believe that women are under-represented in their organisation, while 40% said that women did not have the same opportunities for advancement as men in their companies. With just 26% of survey respondents identified themselves as being at Director/Board level in their organisation. This is lower than the national average of 30%.

When asked about what factors could help progress women in leadership roles, a change in cultural perception of the automotive industry overall came out on top, followed by a more flexible working environment, greater management support, Leadership skills/training along with mentorship.

Welcoming attendees to the event, which is open to all genders working in the industry, Gillian Fanning, SIMI President and first female President in the Society’s 100 years, said: “Research has shown that female employees contribute significantly to the long-term success of any company, yet the motor industry is lagging behind many other sectors in terms of gender diversity. While our research found that the majority of female employees have seen positive changes for women over the past three years, under-representation of women across the board, and particularly at senior levels, is clearly evident.

“However, what’s encouraging is the fact that almost 86% of respondents feel supported by their male colleagues and this support is critical to the success of gender diversity initiatives. While there’s no doubt that progress has taken place over recent years, with greater visibility of women than ever in the industry, we still have a long way to go in terms of addressing the inherent gender imbalance. We must continue to stress that this is not just an industry for men and highlight the diverse range of roles and opportunities on offer for women if we are to reap the proven rewards of increased female participation in our sector. We need to plan for the future – a future that will hopefully mean a greater number of women joining us and more women taking on senior roles and making strategic decisions for their companies."

Guest Speaker Lucy Gaffney “We are each other’s tribe, we are each other’s support system and what I would say to you is nurture that, because only women truly understand what women go through. You are not an imposter; be vulnerable and uncomfortable; don't be afraid of failure and embrace resilience.  At the end of the day, you are good enough.  And always be a feminist!”

Guest Speaker Sharon Keegan “Bringing women together in a community like this is important to help them believe in themselves, support each other, and to push each other to dream, believe and achieve. You have the ability in this world to do anything you want to do. Time on this planet is gifted to us and it’s a real pleasure to have this time and to do with this time exactly what you want to do in this world.”

Derek McDermott Managing Director of Bank of Ireland Finance commented “In both the Banking Industry and Motor Industry, we have a way to go in the whole area of gender diversity.  We need to ensure that there are meaningful careers for women across our organisations and while we have made good progress, there is so much more to do. Bank of Ireland is proud to be a sponsor of this event - a tangible demonstration of the fact that we take the issue of gender diversity very seriously.” 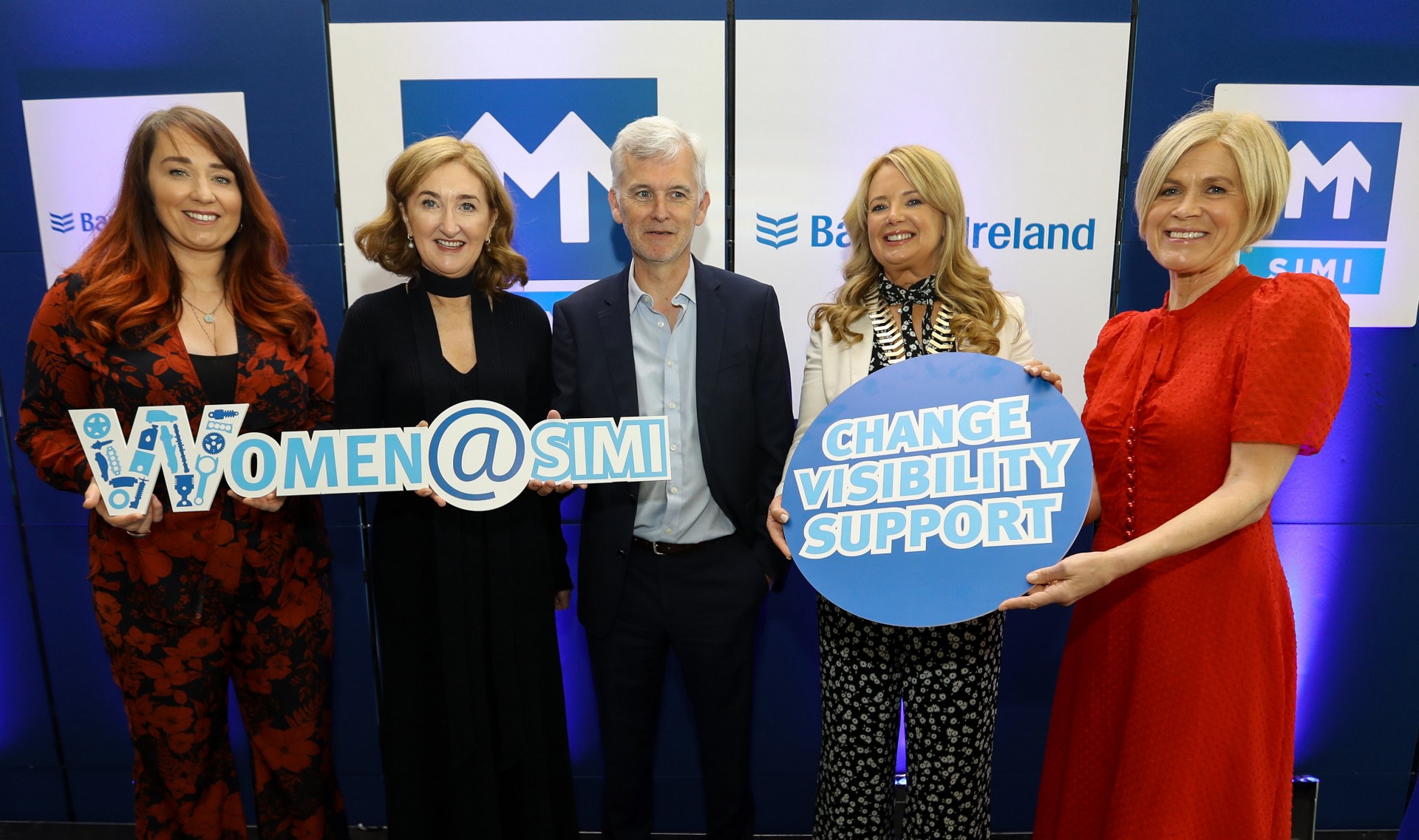 SIMI’s Women@SIMI industry research was conducted in May 2022 and is based on the responses of 140 women working in the Irish motor industry.  Respondents came from organisations across the sector, including vehicle distributors, car dealers and parts wholesalers, with roles ranging from apprentices through to senior leaders and managers.

Women@SIMI is a networking event for professional women from a variety of different sectors within the Motor Industry in Ireland.